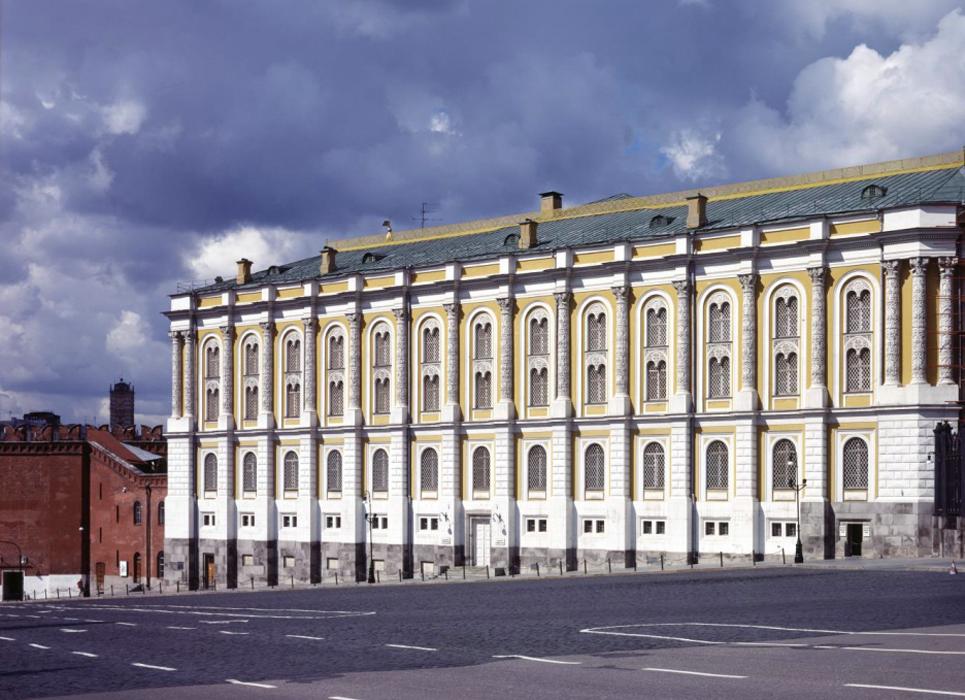 The Armoury Chamber, a treasure house, is a part of the Grand Kremlin Palace's complex. It is situated in the building constructed in 1851 by architect Konstantin Ton. The bases of the museum collections are precious items that had been preserved for centuries in the tsars' treasury and the patriarch's vestry. Some of the exhibits were made in the Kremlin workshops, others were accepted as ambassadorial gifts. The name of the museum derives from one of the oldest Kremlin's treasury stores.

The State Armoury presents more than four thousand items of applied art of Russia, European and Eastern countries of the 4th - early 20th century. The highest artistic level and particular historical and cultural value of the exhibits have made the State Armoury of the Moscow Kremlin a world-wide known museum.

Floor plan of the Armoury Chamber: