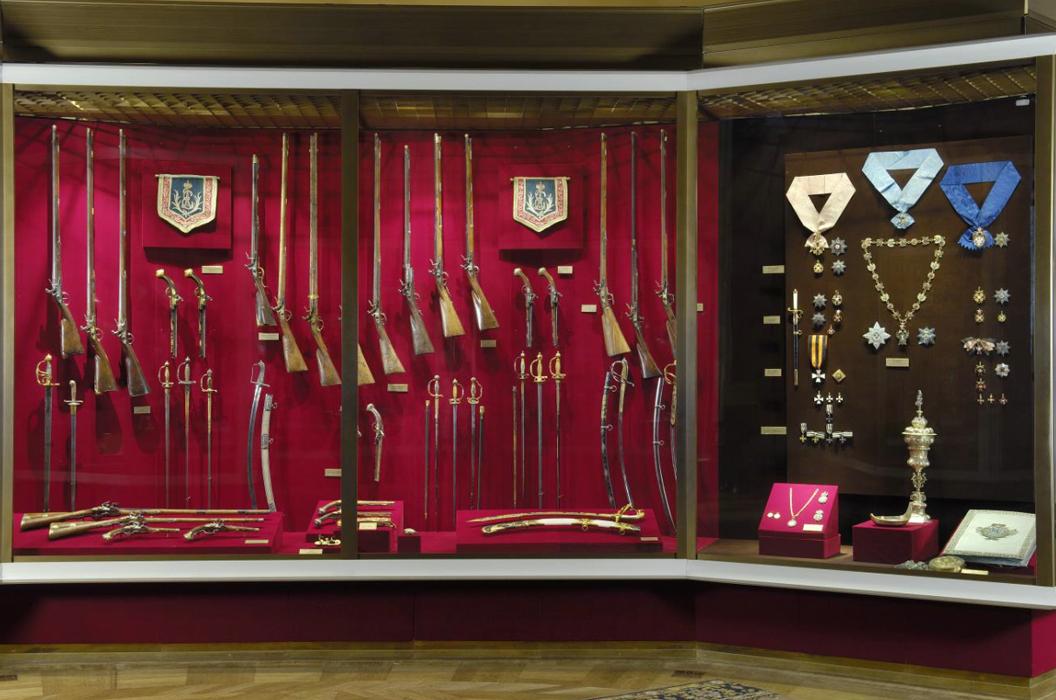 This showcase contains articles executed by Russian armourers of the 18th - early 19th century and a collection of Russian military insignia. Also, the display presents Swedish arms and ammunition, trophies from the Battle of Poltava of 1799, i.e. drums, kettledrums, sidearms, firearms and personal belongings of Karl XII.

In the late 17th - early 18th century, the manufacture of a high-quality ceremonial and hunting rifle was organized in Olonetsk, Sestroretsk and Tula, the leading centre of arms production. The Tula skilled armourers passed on their experience from generation to generation. Their works represent a certain stage in the evolution of rifle engineering and the level of the Russian arms production, at the same time reflecting the interest of Russian nobility to European technical innovations. Tula arms are distinguished by the beauty of forms and refinement of ornamentation. The barrels and buttstocks are decorated with silvering and gilding, engraving, chasing, inlay and carving.

In the 18th century, Russian sidearms and firearms were manufactured in Tula, Saint Petersburg and Zlatoust. A fine specimen of the Zlatoust armourers of the early 19th century is the sabre fashioned in 1829 by the famous craftsmen Ivan Bushuyev. The blade is burnished and gilded with the scenes of the capture of Varna fortress during the Russian-Turkish War of 1828-1829, the scabbard is decorated with ivory.

The collection of orders and other insignia assembled of items from the palace property and the Chapter of Russian Orders includes all basic military and civil orders and decorations of Russia in the 18th-19th centuries. The tradition of awarding for military merits was practised as far back as the 11th century in the Kievan Rus'. In the 15th-16th centuries, all the participants of a military campaign were rewarded with silver or gold tableware, precious fabrics and furs. The first order in Russia, that of St Andrew the First-Called, was founded by Peter I in 1698 and contained a star with a motto, a gold chain made up of state emblems and crosses, and a blue ribbon of watered silk. In succeeding years insignia were executed of precious metals as a pendant shaped like a star or a cross and decorated with enamels, stones and engravings. 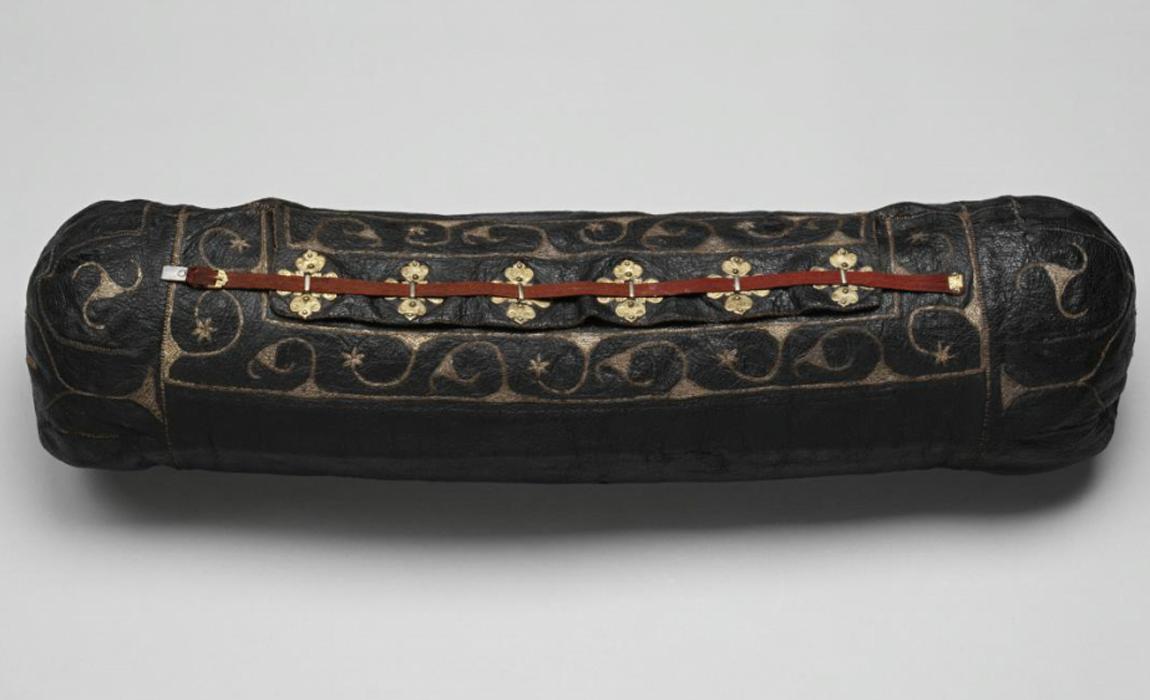 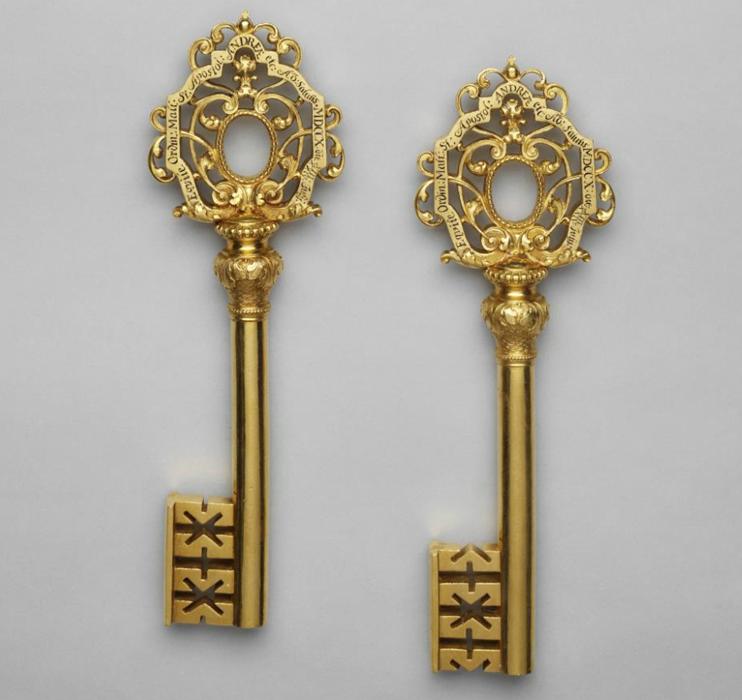 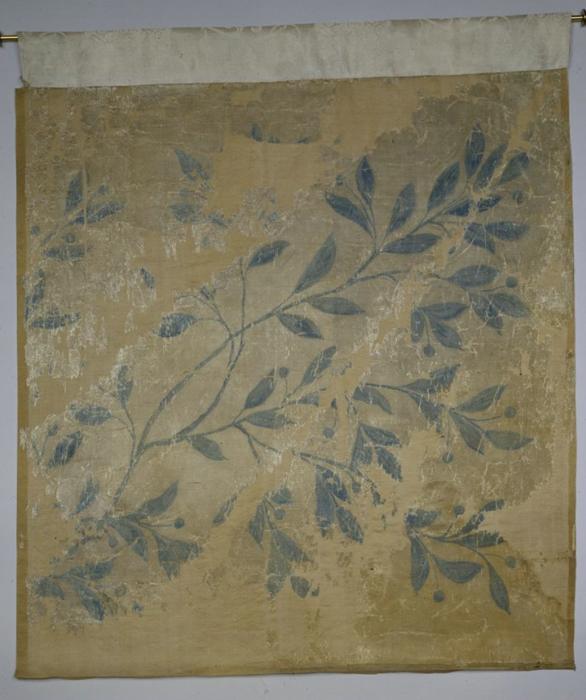