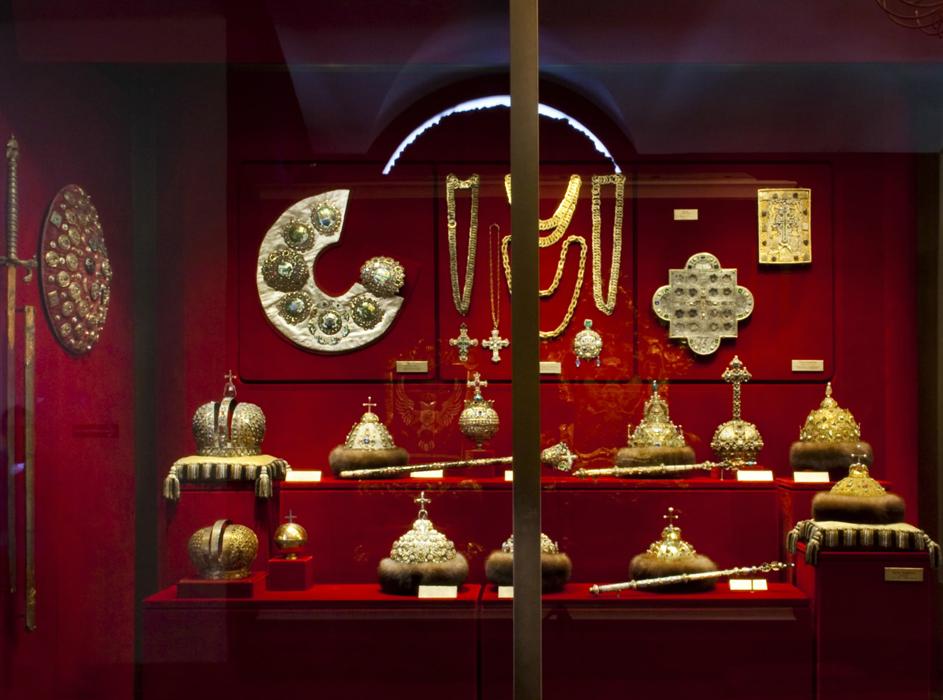 The oldest item in the collection is the Cap of Monomach, used in the ceremony of crowning a monarch in Russia. Its name is connected with a Russian legend of the 15th century, according to which it has been brought to Russia in ancient times as a gift from Byzantine Emperor Constantine Monomachos. The Cap is of oriental workmanship of the late 13th and early 14th century. The question of its origin is still unspecified. The oldest section of the Cap consists of eight gold plates adorned with very fine gold lace in a pattern of six-pointed rosette-stars and lotus blossoms. The semi-spherical top with the cross, the sable trimming, and the pearls and precious stones belong to a later period. The Cap weighs 698 grams and is the lightest of all those in the showcase.

The first documentary references to the coronation at which the Monomach's Cap was used date back to 1498. The last time the Cap was used for that purpose was in 1682, when two tsars, Ivan and Peter, were crowned simultaneously. The eldest brother Ivan was crowned with the Cap of Monomach of the "first set", while Moscow craftsmen made a "second-set" replica of the Cap for Peter. It was similar in form to the old one but inferior in artistic qualities. There was a rule that the Cap should be worn only once in a lifetime, for the coronation. For other solemn occasions, each Tsar had his own ceremonial crown. The showcase also contains other royal crowns, including the Cap of Kazan, gold crown of the famous "Grand Set", diamond crowns of 1682-1689.

Barmy—a broad detachable regalia collar covering shoulders and adorned with sacred images, pectoral decorations, such as crosses, Panagia and chains—was an essential part of ceremonial attire of Grand Princes and later of Tsars in Russia. The showcase contains chains made with remarkable skill, such as the one consisting of eighty-eight flat rings decorated with niello, enamel and a carved inscription of Tsar Mikhail Romanov's full title. On display, there is a State sword and shield. They began to be used as part of the royal regalia at the end of the 17th century. The round shield is made of wood covered with red velvet and adorned with figured appliqué work of jade and rock crystal, as well as inlaid with precious stones and bright enamel.

Under Peter the Great, Russia had been declared Empire in 1721. The coronation rite changed, the old type of cap-crown was replaced by an ordinary crown and a humeral, a special purple mantle called porphyra. Showcased are the crowns that belonged to Empresses Catherine I and Anna Ioannovna. One of the first new-type Russian crowns was executed by Gottlieb Wilhelm Dunkel in St. Petersburg in 1731 for Empress Anna's coronation ceremony. It is made of silver and adorned with about 2,500 diamonds and an enormous tourmaline. The form was to become traditional—two open-work hemispheres divided by a movable arc with a cross in the middle and a broad circlet. 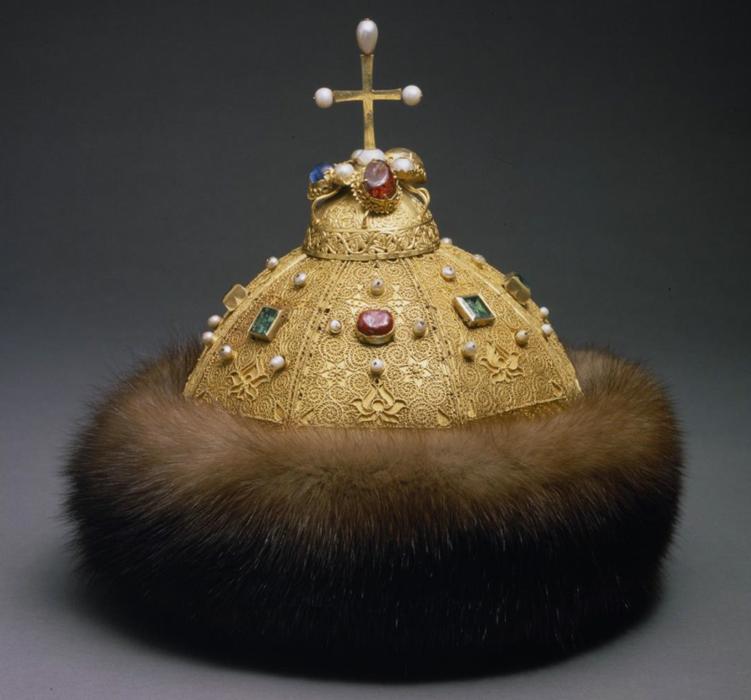 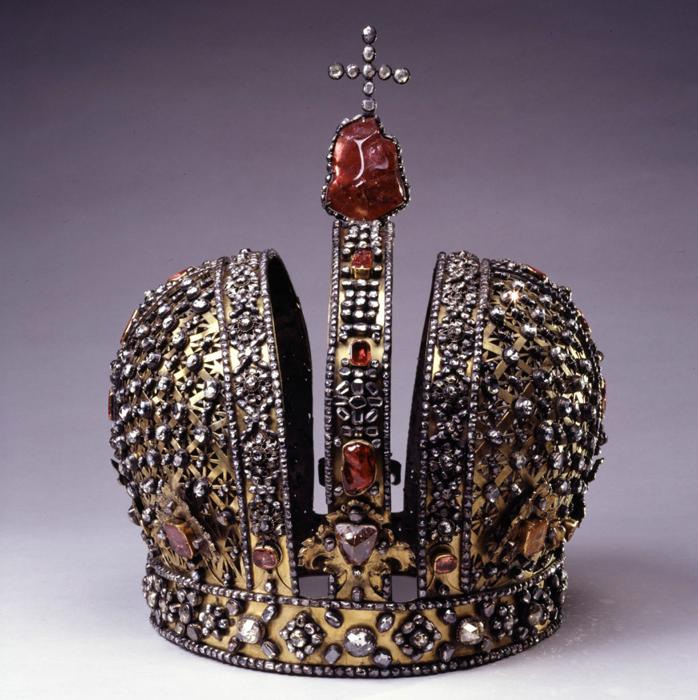